In 2009 the UK premier woollen mill, AW Hainsworth, joined forces with the leading coffin manufacturer JC Atkinsons to develop and launch a world first patented woollen coffin. The coffins were premiered at The National Funeral exhibition accompanied by a number of sheep that walked the floor to raise awareness, a first for the event.

An exciting new concept in 2009 that brought a touch of something different to the coffin market, the woollen coffins branded as Natural Legacy, not only addressed the movement of the time towards eco-friendly alternatives, having a true green lineage and fully sustainable components, they also offered a comforting and more personal option for those increasingly wanting to tailor the funeral to the personality and life of the deceased.

The unusual concept which had a distinctly modern twist was actually based on The Burial in Woollen Act of 1666 when it became a legal requirement for the dead to be buried in woollen shrouds in an attempt to boost the flailing woollen industry of the time.

Launched initially in the UK and Europe, to great acclaim, including that of HRH The Prince of Wales  who declared “I discovered a company that makes a woollen coffin – Coffins ladies and gentlemen to die for!” at the opening of the wool modern exhibition. Natural Legacy coffins and ash caskets now sell around the world including as far afield as the USA, Australia and New Zealand.

Rachel Hainsworth Director of Natural Legacy says “While our Natural Legacy products were launched in 2009 to an excited audience, there was some speculation that this could be a fad product. We have proved this to be completely unfounded as ten years on the woollen coffin products are going from strength to strength, sold in many countries and still rising in popularity. We always believed in the benefits of the products and the market has realised and accepted these and the families of those buried or cremated in our products regularly feed back to us how perfect these were for their loved ones.”

Made using 100% New wool that is expertly woven in Yorkshire, Natural Legacy products are still hand constructed on the same premises that has produced the outer woollen cloth for over 230 years.

The woollen outer layer is carefully hand fitted around a strong 100% recycled cardboard frame, which is reinforced with an MDF base board for rigidity and stability, and then carefully lined with a soft woollen wadding for a mattress base.

Each coffin interior is generously lined with cotton, attractively edged with jute and completed with a soft organic covered pillow, while the exterior is finished with a beautiful blanket stitch detail, jute handles and simple wooden toggle fastenings.

Suitable for both burial and cremation, and fully certified as FFMA approved, the none traditional coffin shape combined with the soft tactile finish allow a more relatable and easier experience for those left behind and can be particularly comforting to sensitive or younger members of a congregation.

Throughout the last ten years the coffins have featured on many TV shows including Stella, Emmerdale, Coronation Street, and Country File and been the subject of many Radio discussions and debates.

Funerals and the environment…. 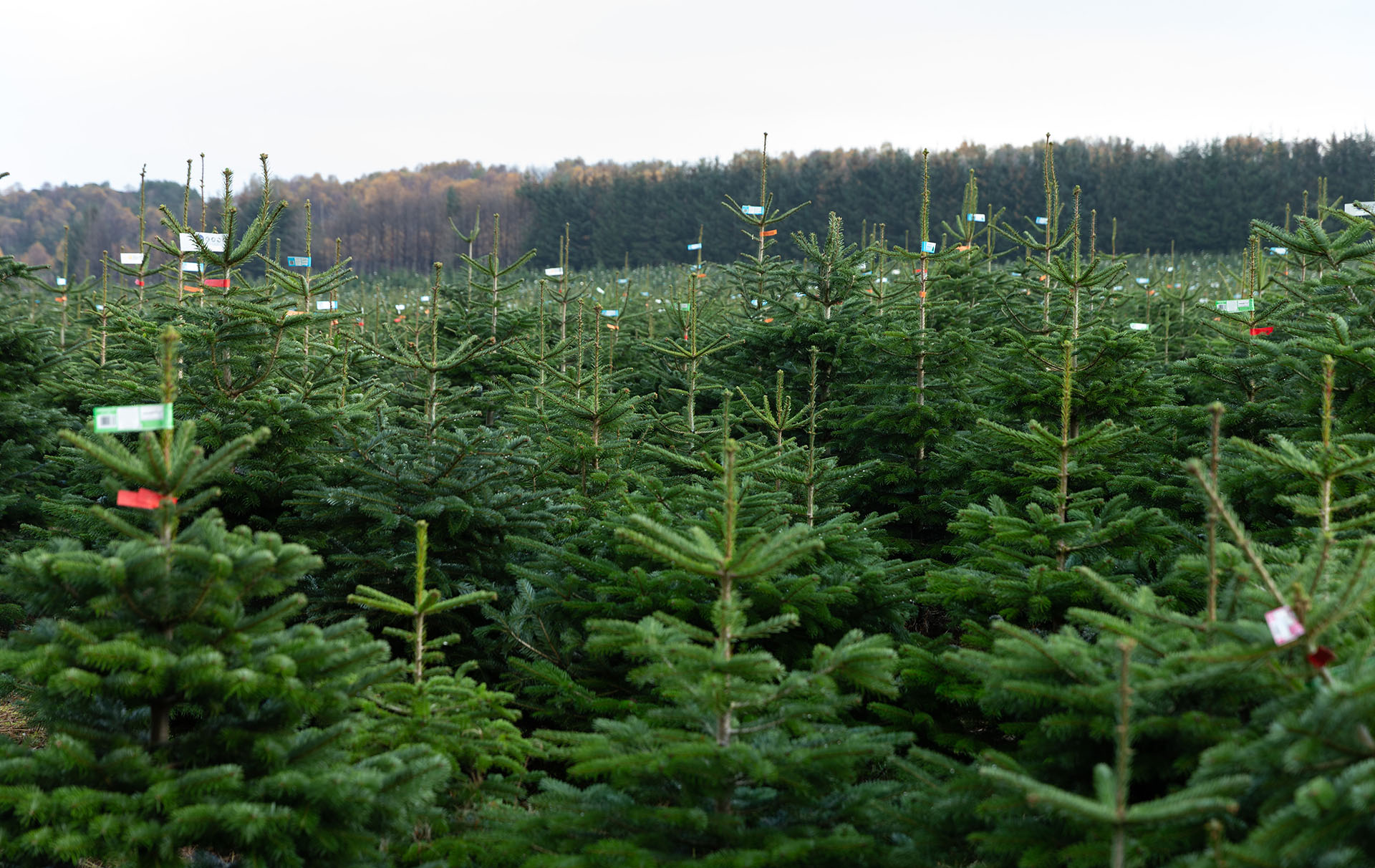 Recycle your Christmas tree with us!