There can be little doubt that the current Covid-19 pandemic has put an unprecedented strain on the UK coffin manufacturing industry.  Ranges have been restricted, lead times have lengthened, relationships and understandings of many years standing have been strained.

The funeral trade is acutely aware of the increased number of deceased for whom they are caring, often in difficult circumstances due to the newfound boundaries of social distancing, and dealing with a high contagious disease – of which little is known and for which there is no known cure.  I write this, not as an excuse for long lead times or as an apology for having to restrict some product ranges, but in an attempt to understand how we are in this position from a manufacturer’s perspective. Below is a summary of weekly deaths ion 2020 reported by ONS (The Office for National Statistics).

We are used to dealing with fluctuations in demand of almost 50% during a winter flu season and adept to adjusting our business to cope with this accordingly. This means being able to cope with a movement from around 10,000 deaths per week to up to 14,000 deaths for a short duration.

The first quarter of 2020 looked to be following a typical winter with an increase in the number of deaths, but nothing that would cause undue stress or strain and could be accommodated through the normal flexing of operating methods. 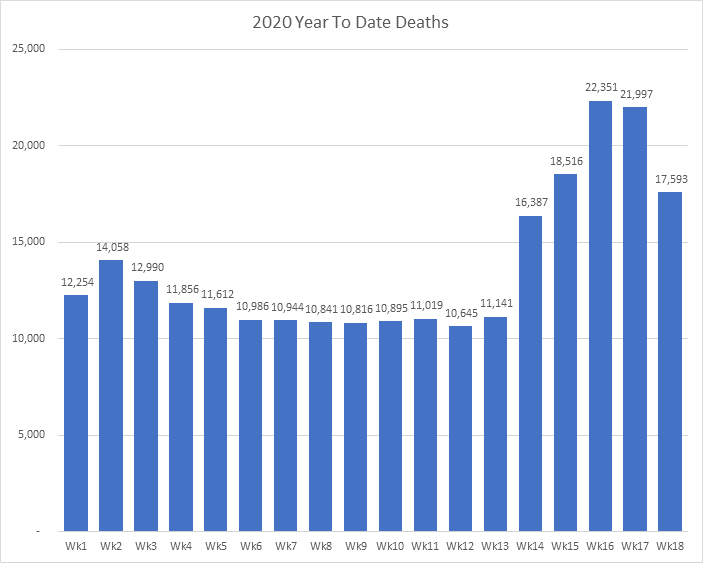 Early in March, discussions turned to how the UK should prepare to deal with a potential outbreak of Covid-19. The severity of this outbreak was unknown. China, first to be affected reported deaths numbered in thousands, rather than tens of thousands. These were numbers that coffin manufacturing businesses could accommodate as it would in peak ‘flu’ season. Some funeral directors started to prepare and placed orders for “pandemic stock”. 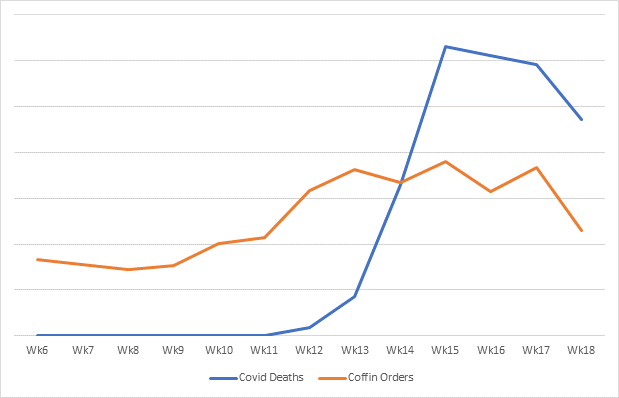 This proved to be right thing to do albeit late, as several weeks after funeral directors started to place volume pandemic stock orders, the number of expected Covid-19 deaths started and increased. However, something strange happened, something that still has yet to be explained. The number of UK deaths started to rise earlier and steeper than the UK 5-year death average plus the recorded Covid-19 deaths. 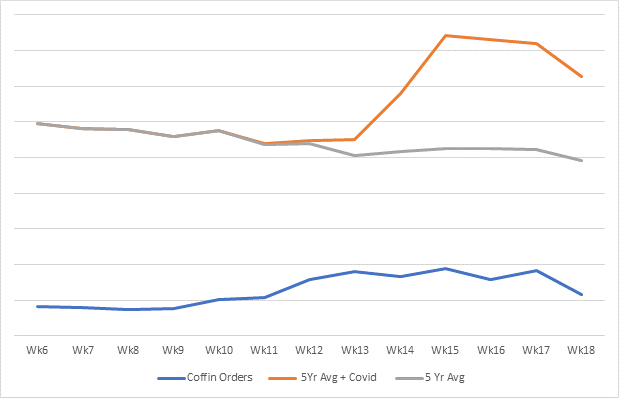 This sudden rise in the number of deaths without doubt nullified attempts by the funeral trade to prepare for the impending pandemic. Coffin stocks were used at a rate faster than had been anticipated for deaths which were not been reported as Covid-19 related. This was not reported on national news channels and the true extent of this increase was only confirmed later in the Office of National Statistic weekly release.

Even now, as the measures by the Government and the response from the country as a whole has started to have an effect on driving down the number of Covid-19 deaths, there is a large disparity between the 5-year average + Covid-19 reported deaths and the ONS weekly figures. 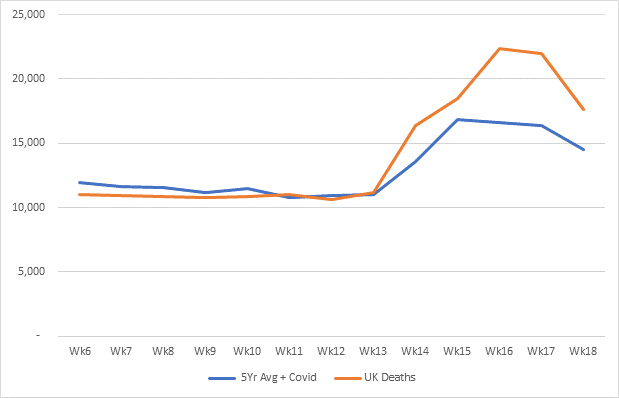 Thus, as a headline, the number of Covid-19 deaths is falling, but the actual deaths in England in Wales are still higher than would be expected and the unexplained variance is what is putting prolonged pressure on the trade.

As in any manufacturing environment, capacity is not infinite. Whilst extra delivery vehicles can be hired, new employees can be trained and raw materials sourced, machines can only process raw materials at a set speed; buildings have a fixed amount of space and thus factories are constrained in the amount they can produce.

At JC Atkinson, we have done all of the above. There are five extra delivery vehicles on the roads, a sea of new faces in the factory and almost hourly deliveries of raw materials at a scale the business has never witnessed before. Production is operating 24 hours a day with both employees and machines working to full capacity. This has still not been enough to keep within the service levels that we wish to provide.

Early on in this crisis we took the profound decision to limit low and mid-range production to flat lid, plain-sided products from our wood-effect and veneer ranges. This allowed us to increase manufactured volume in our main factory and also allowed us to retain the ability to manufacture outsize, child’s, picture, solid and semi-solid coffins as normal, be it greater numbers in our second factory. The sacrifice of the mid-range veneered panel and raised lid coffins has disappointed many. Please be assured that it is a necessary requirement to free up machine time and maintain volume production.In addition, record sales from stock of our Cardboard coffins, Country Range and Guardian caskets have all helped to supplement the trade with additional required volume.

In summary, as we look forward to a “post peak” environment and prepare to adjust our daily lives to whatever the new normal might look like, there are still questions that need to be asked, namely “What was the cause of all the unexpected deaths?” Why did they increase before Covid-19 deaths started to be reported and why are the weekly death figures less Covid-19 so far from the five-year average? It will not be until we have better information and answers to these questions that we as a trade can plan how to meet demand effectively and efficiently in the future.

Thank you so much & Stay safe 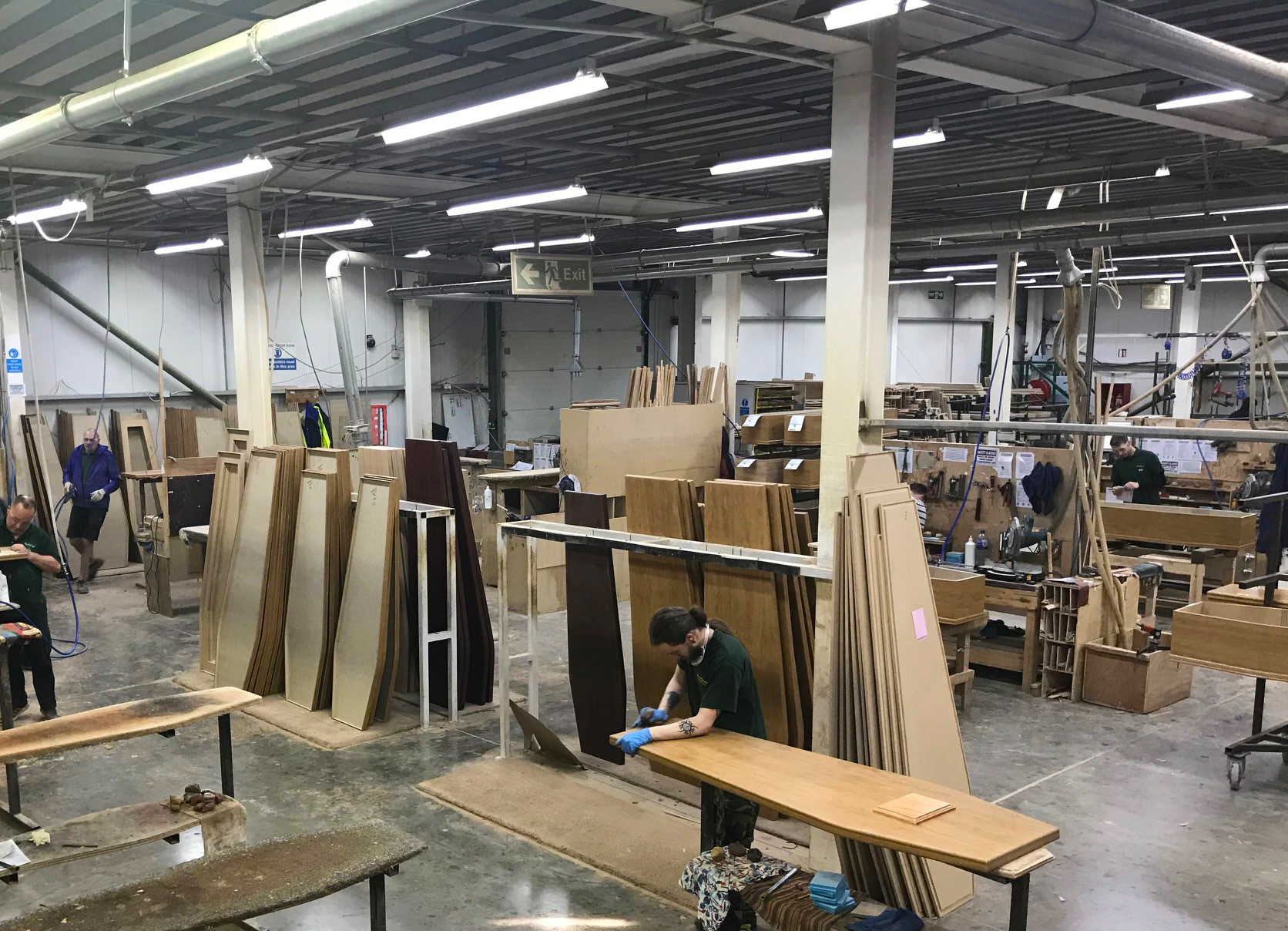 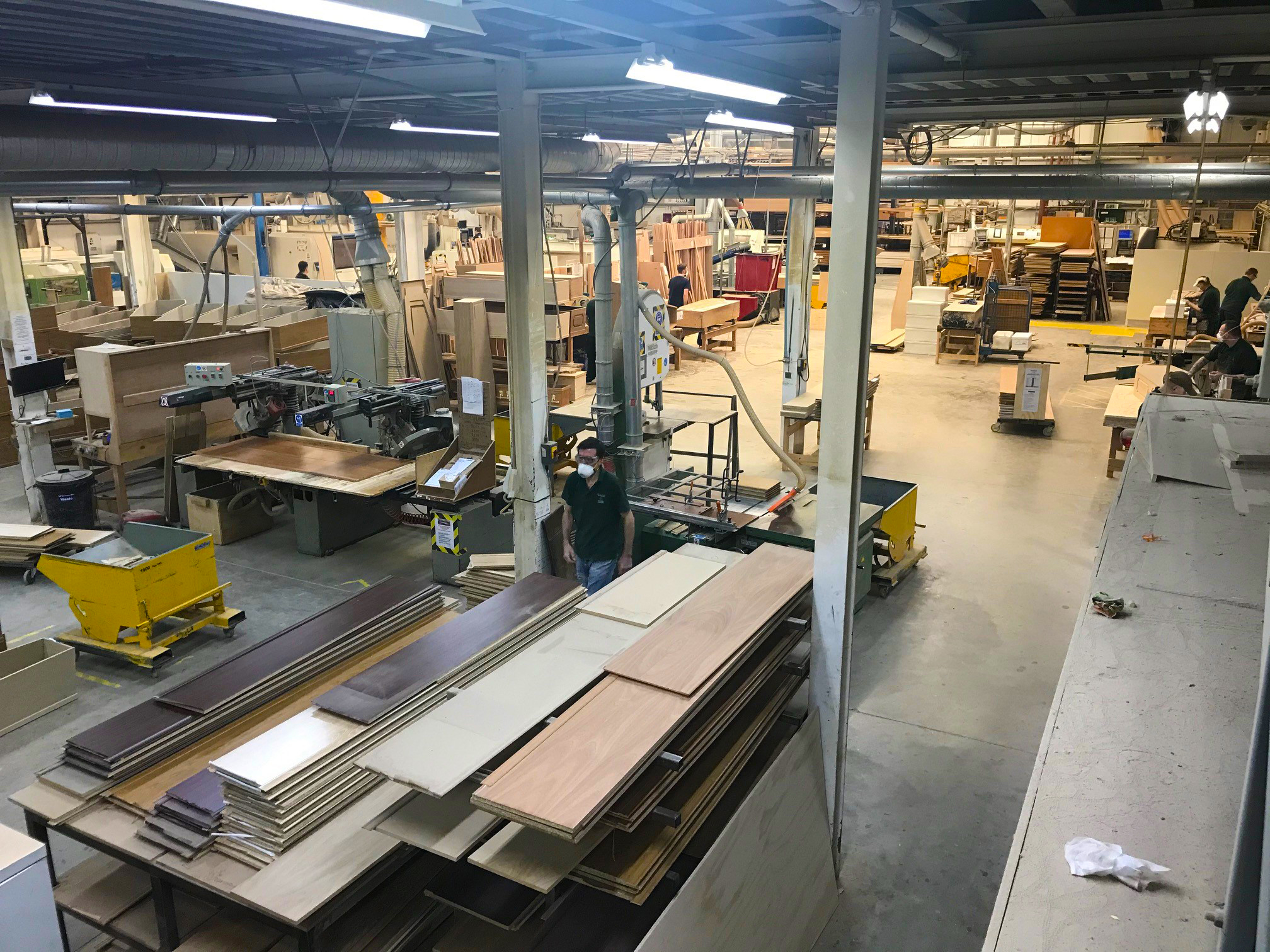