At first, we thought that the growth of contemporary products was down to the age demographic of CoVid-19 victims. The high number of deaths and historic analysis has always shown that younger people tend to have less traditional coffins. However, further analysis of the ONS data showed that the age of the addition CoVid-19 victims was not significantly different from the norm. 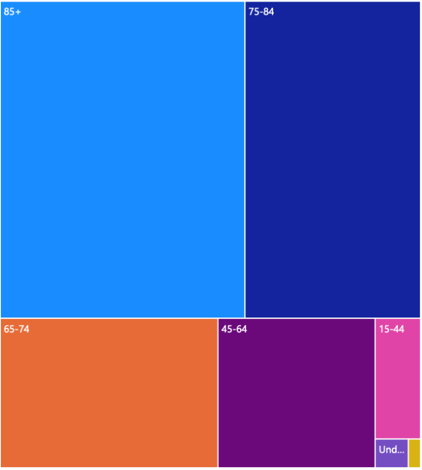 Age of deaths from COVID-19 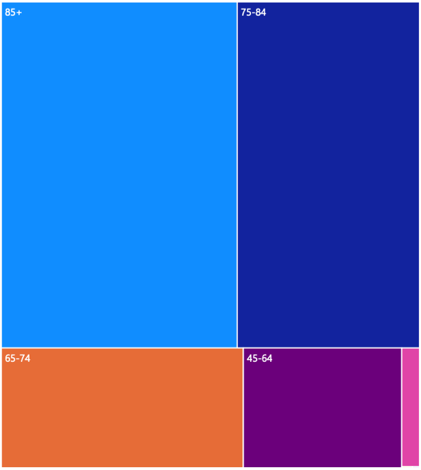 Given the increase in demand for contemporary products and the no-great-change in the age of deaths, together with anecdotal evidence, demand would seem to suggest that families put more value on personalised coffins, especially at a time when other choices were constrained. Coffins which reflect a person’s interests, passions or general beliefs are valued by the family and add to the funeral experience.

Regardless of whether the coffin is Traditional Wood, English Willow, a Natural Legacy Wool or a Reflections, when selected, it makes a statement about the deceased and contributes to personalising the funeral experience.

Times have changed.  Traditional coffins are still the “go to” solution for many families and funeral directors.  However, we know the public value the options of choosing a distinct coffin.

The UK is slowly returning to normal, with restrictions been lifted on an almost-daily basis and not to mention people’s behavioural patterns. IN March, the Government stated that the risk of Covid -19 infection was a concern for all age groups and actively advised people not to “party” on the Friday evening when the restrictions were implemented.

We now know this is not the case. The deaths primarily affected the elderly and unwell like any other illness. Doubt remains. Will the easing of lock down cause a second wave as those who interact more spread the disease to those who are at most risk, causing a second spike?

I would not like to answer that question. We at JC Atkinson remain vigilant to react to whatever transpires. We know a great number of our customers are keeping additional coffin stocks. I would encourage funeral directors to keep this coffin stock in place just in case there is a second wave. Now is not the time to use up this contingency stock, especially over the summer.

Thank you and stay safe,